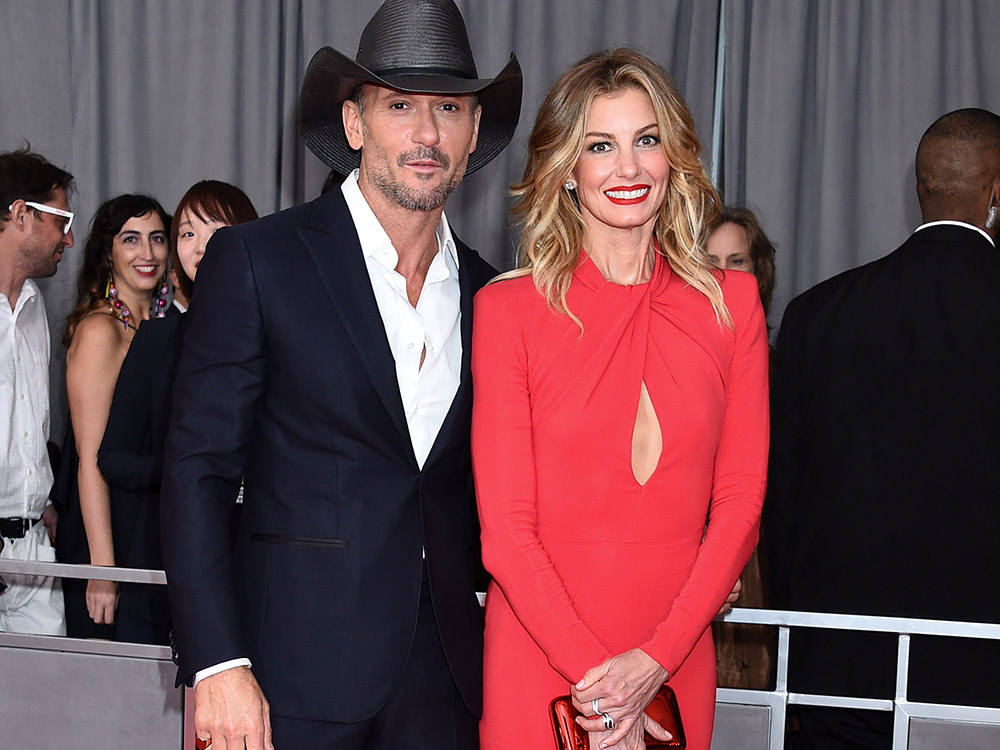 As Tim McGraw and Faith Hill were making the rounds to promote their new single, “Speak to a Girl,” the couple stopped by The Blair Garner Show to talk about the new music. During the course of the conversation, Tim revealed an interesting story about Frank Sinatra’s house.

Years ago, Tim and Faith were looking to rent a house in Los Angeles. The house they were looking at belonged to Frank Sinatra. As Tim tells the story, ’Ol Blue Eyes just may have been in the house as the family walked around.

“We were looking at the house and we ended up renting it,” says Tim. “But they wanted to sell it, and we wanted to rent it because we were going to be in town for a while. We really didn’t want to buy it, so we were sort of almost begging them, ‘Please let us rent this house.’ All of Frank’s furniture was in there. So we walked into the house. Gracie goes in and sits down at the piano, instantly. But when she sits down at the piano—she sits not in the center of the seat, she sits on the edge of the bench and just sits there.

“We start to go upstairs, and at the top of the stairs there is a black-and-white photo of Frank Sinatra, but with his eyes painted blue. Gracie stops, she must’ve been 4 years old. She stops in the middle of the stairs and says, ‘Dad, that’s the guy.’ I’m like, ‘What do you mean that’s the guy?’ ‘That’s the guy that was at the piano with me.’ I said ‘Gracie, really?’ She said, ‘Yeah, he was sitting at the piano.'”

Listen to Tim tell the ghost story on The Blair Garner Show.